The Medicaid Spend Down Rule Explained

Choosing a nursing home is stressful, and figuring out how to pay for it isn’t any easier. That’s what makes the confusion about what Medicaid and Medicare cover all the more difficult. There is a way to get assistance with your long-term care costs, but you must first understand the ins and outs of the Medicaid Spend Down Rule and take action at the right time.

First, let’s address one of the most common misunderstandings about Medicare and long-term care. While Medicare does pay for short-term care under limited circumstances, it will not cover long-term care. That means if you’re enrolled in original Medicare (Medicare Part A) and have a qualifying hospital stay (at least three days of inpatient, not for observation), Medicare will pay a portion of the cost of your stay at a skilled nursing facility afterward for up to 100 days. The catch is that you must be admitted for the same reason you were hospitalized within 30 days of leaving the hospital.

So, what happens after those 100 days, or if you never had a qualifying hospital stay, and can’t afford the continued cost of long-term care? Theoretically, that’s where Medicaid would come in. The problem is you may have too much money. Not only does Medicaid have eligibility limits, it also has rules regarding your countable assets in excess of those limits. This is designed to keep people from disposing of their assets at a moment’s notice—say by transferring everything to their adult child—to qualify for Medicaid. However, that’s not the end of the road. You could potentially qualify through a Medicaid Spend Down.

In a Medicaid Spend Down, you’ll use the money you have in excess of the eligibility limit to pay for qualifying medical expenses until your excess income is expended. Qualifying expenses include medical bills for you or your spouse, prescription drugs, hearing aids, eyeglasses and more. It’s like how a deductible works with your health insurance—you have to pay a certain amount out of pocket before coverage kicks in.

Unfortunately, there’s no such thing as a free lunch. Medicaid will want reimbursement. If you’re single, Medicaid will use your home and other assets to offset the cost of care. if you’re married, Medicaid will wait until both you and your spouse have passed or entered a nursing home. Let’s look at an example:

Jack and Jill have $240,000 in assets. Jack falls down and needs nursing home care. They pay out of pocket for care until they’ve spent down the money in excess of their Medicaid eligibility limit (no more than $2,000 in countable assets for a single person, or in Jack and Jill’s case, $130,380 for a married couple). Now they can receive Medicaid coverage. Under Medicaid’s rules, they can keep the home so Jill has somewhere to live while Jack is in the facility; however, Medicaid puts a lien on the house. Once Jill passes away or goes into a long-term care facility, the house will go into foreclosure.

Here are a few ways Jack and Jill could have kept their home:

1.) They could have hired an elder law attorney to try to save at least some of their assets. However, there’s no guarantee on how much they’d be able to retain.

2.) They could have purchased long-term care insurance. However, because it’s expensive and hard to qualify for, it may have been beyond their reach.

3.) They could have gotten an asset protection trust, a type of irrevocable trust that would have shielded their assets from the nursing home. For this to be effective, they would have had to put their assets into the trust at least five years prior to when Jack needed long-term care to avoid the Medicaid lookback period.

Of those options, the third is the best. And while option two—long-term care insurance—isn’t possible for many people, creating an asset protection trust is. It can be a powerful tool, but remember: it’s just one type of trust in a toolbox that contains many others. It’s wise to consult with an elder law attorney to explore all your options. 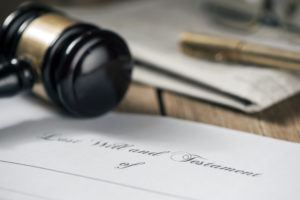 Why You Need an Asset Protection Attorney